Our next HSOG ReConnect contribution is by former pupil, Ian Reid, from the class of 1995.

On leaving the High School in 1995 and not being entirely sure what to do next, I was accepted to the University of Glasgow to study for a BAcc in Accountancy. This was primarily based on advice from a few reliable sources that following this traditional pathway and on to an Institute of Chartered Accountants of Scotland (ICAS) training would provide a good foundation and still provide flexibility to work in a variety of sectors as my career developed.

I was never the strongest academic through school but to this day maintain a small number of close friends from those High School days. My early career was with French Duncan Chartered Accountants in Glasgow where I trained in a traditional auditing role before moving on to working with both PwC and EY in UK national roles advising on major infrastructure projects across regeneration, transport, education and housing. This provided the foundation for my move into Major Events in 2008 when the Commonwealth Games was awarded to the City of Glasgow. The event was funded through both public and private money and my major project experience to date led to my appointment initially as the Financial Controller for Glasgow 2014 and then in 2010 as the Chief Financial Officer with oversight of the games budget, legal, HR and Office Management functions. It was a fabulous event to work on – every day was different and the energy and motivation of all those involved was inspiring. I was extremely lucky to be involved in a project with the power to increase the pride of my home city and raise Glasgow’s profile on the worldwide stage. Strangely a couple of ex High School pupils were also on the Organising Committee team including an old class mate!

It was with huge pride that I sat in the crowds watching an incredible Opening Ceremony, Usain Bolt running at Hampden Park and the hugely successful Team Scotland. I still have a life size Tunnock’s Tea Cake from that Opening Ceremony in my garage today.

I worked on Glasgow 2014 from 2008 and was the last person to leave the building of the Organising Committee in March 2015 having dissolved the company. Following that wonderful experience I went to work for 3 years with AG Barr plc in a senior Commercial Finance role. They own some fantastic brands but more importantly have an amazing culture and team and I learned a huge amount in my time there. I’m still in touch with a number of members of that team and will forever be a big supporter of the product and organisation.

The lure of major events came back in early 2018 when the UK Government got in touch to ask if I would consider an interim role in leading the start up team for the Birmingham 2022 Commonwealth Games. The games had just been re-awarded to Birmingham having initially been awarded to Durban meaning a much shorter planning window. It was a major career decision for me as it meant leaving a great company to take on a short term contract and working 300 miles from home during the week. That said, the opportunity to once again work on such an exciting and transformational project and this time be at the helm was too great to refuse and my first week in the new role was spent in the Gold Coast on a knowledge transfer trip to the 2018 games.

I am sitting today lucky enough to have been awarded the Chief Executive role full time. Again, the project is ambitious, exciting and has the full support of the UK Government. Birmingham is a fabulous city, going through a period of significant regeneration and the games will support its economic development and provide the vehicle to showcase the best of the region on the global stage. I started as the first Organising Committee member of staff and come games time our full time employed team will be over 1,000 people supporting by around 12,000 volunteers and nearly 30,000 contractors and partners so a huge team effort. Like all businesses right now we face our challenges with a moving sporting calendar and numerous delivery complexities linked to the COVID-19 situation. We are doing all we can to support the economic recovery as we have over £300m of contracts to come to market and continue our heavy recruitment programme. Hopefully the games in 2022 will be an opportunity for the country to celebrate at the end of a very difficult period.

I have 3 kids aged 14, 11 and 2 with my 2 older boys attending St Columbas school in Kilmacolm. My weekends now see me back at a lot of the same playing fields where I played rugby and cricket as a High School pupil including a number of trips back to Old Anniesland. I hope everyone in the High School community is staying safe and pupils and parents can get back to those playing fields in the near future. 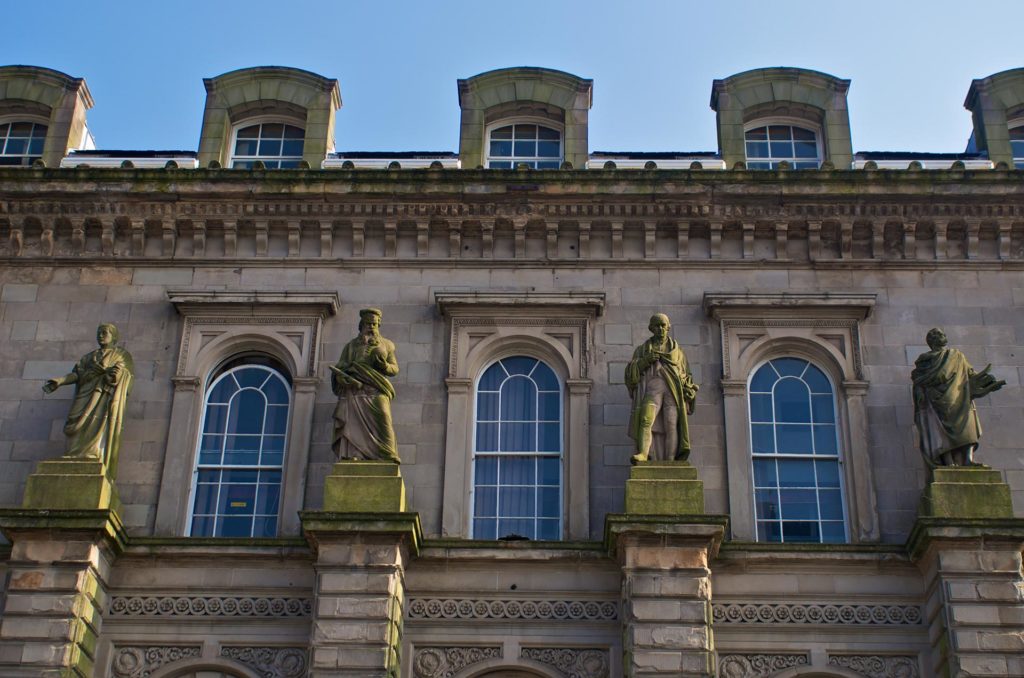 As part of our HSOG ReConnect campaign, we caught up with former pupil, Eilidh Reid, from the class of 2013.

Our next HSOG ReConnect contribution is by former pupil, Caitlin Black, from the class of 2010.